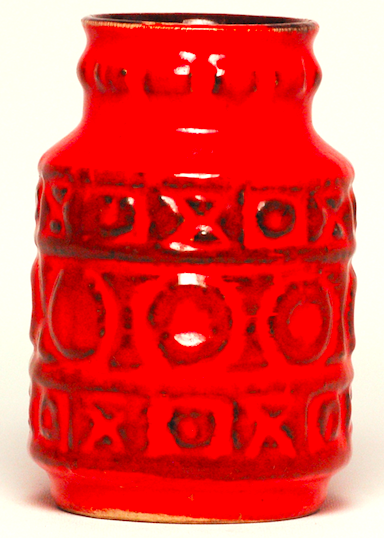 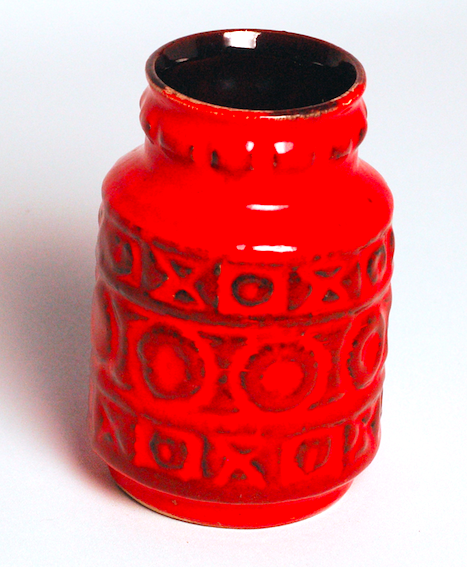 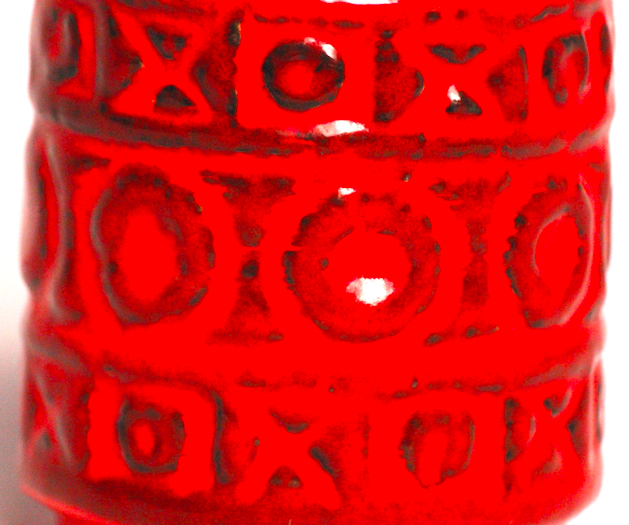 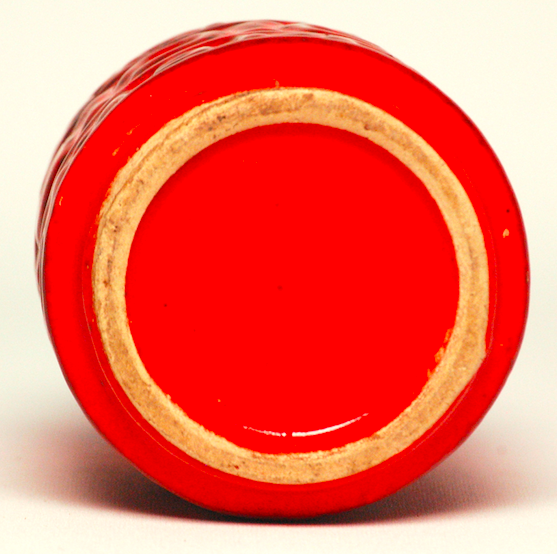 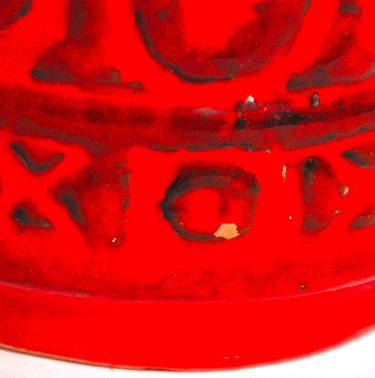 This vase with its vibrant colours and geometric motifs will stand out on any buffet. The design is typical of the fresh red and orange colours in comination with relief decoration Bay Keramik used in the 1960's and 1970's.

Similar vases were designed by Bodo Mans such as the 'Carmen' range which also contains embossed patterns. Other Mans series are 'Paris', 'Istanbul' and 'Ravenna' series.

In 1933 Edward Bay founded Bay Keramik in Ransbach Baumbach, Germany. Designers active with Bay were Josef Koch, Bodo Mans, Ly Klopfer and A. Siede. Their input resulted in a beautiful range of exciting designs. Bay Keramik did not cease producing in 1971 contrary to some sources.