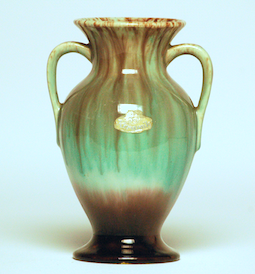 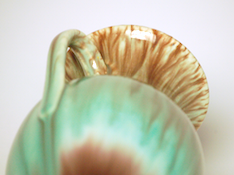 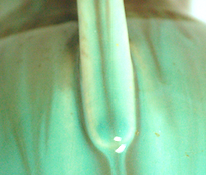 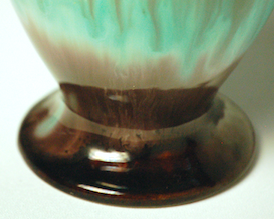 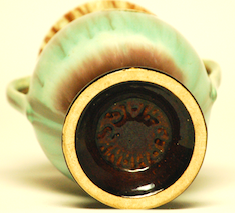 In 1933 Edward Bay founded Bay Keramik in Ransbach Baumbach, Germany. This vase was produced by Bay in the 1950's. It's classic urn shaped body with the traditional deep brown and mint coloured high gloss glazes wer best selling items both in the domestic and foreign markets. These small range of vases would be bought at fairs or as a souvernir. The silver couloured label on this vase was used by Bay in the 1950's and 1960's. During the following years there designs declined in popularity and Bay collaborated with young ceramic artists which created some iconic Bay ceramics in the 1960's and 1970's.

Designers active with Bay were Josef Koch, Bodo Mans, Ly Klopfer and A. Siede. Their input resulted in a beautiful range of exciting and fresh designs. Bay Keramik did not cease producing in 1971 contrary to some sources.