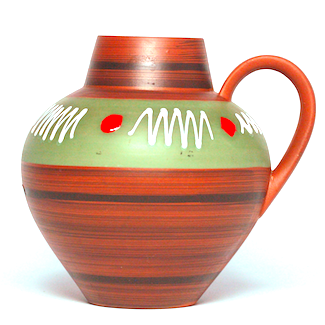 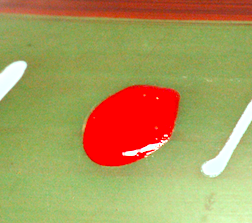 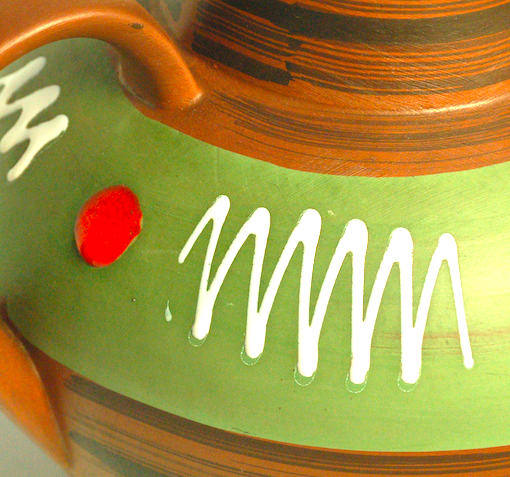 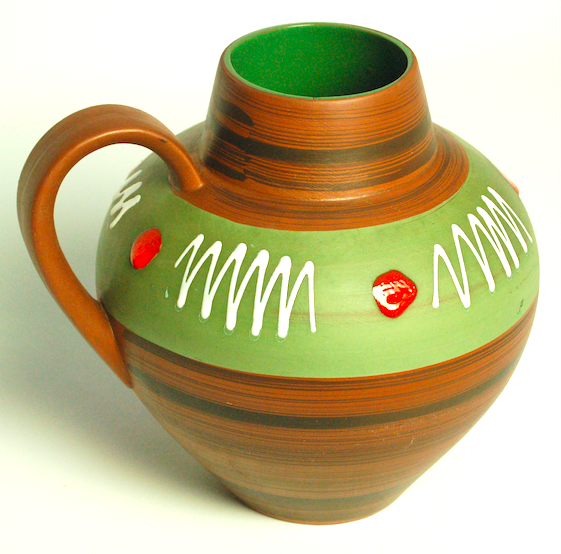 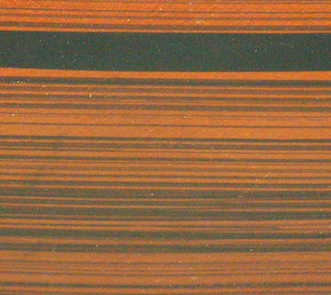 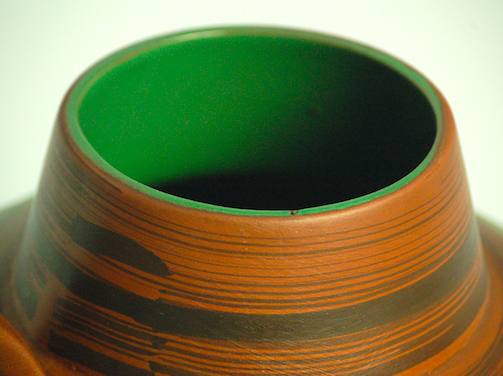 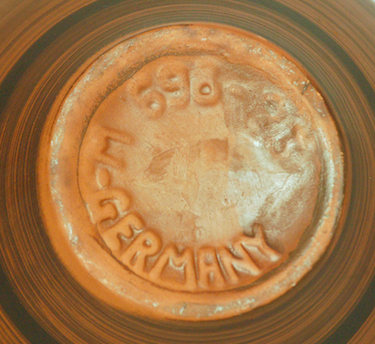 An unglazed jug vase with brown background with wispy black markings and thick red dabs of glaze and white zig zag motifs on a khaki band. The inside of the vase has a similar khaki couloured glaze finish. Jug adorned with a big, broad handle.

Carstens only made a limited number of each vase design.