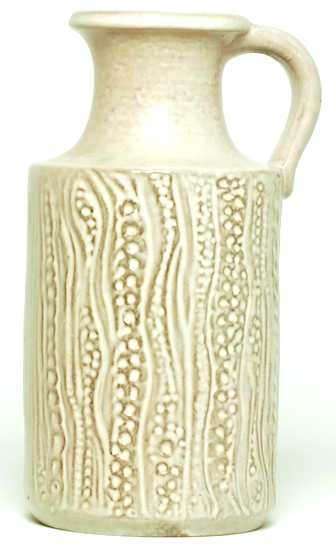 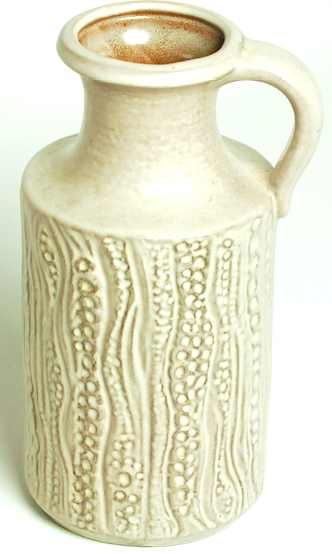 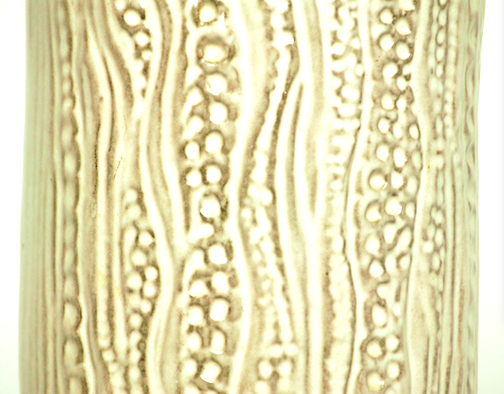 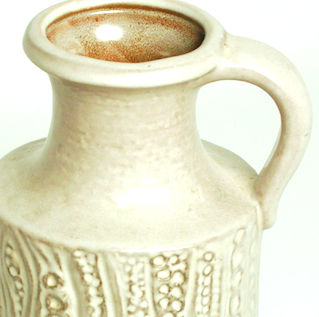 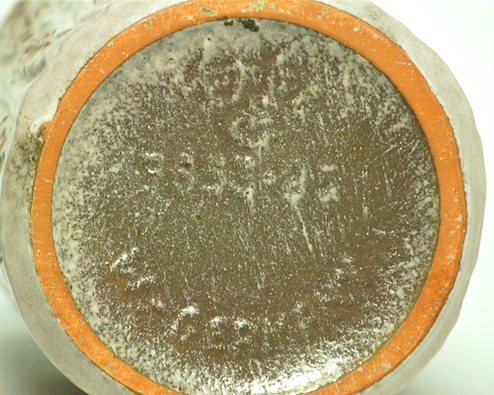 The vase has a beautifully embossed pattern that has an organic feel to it which is called 'Reptile' from the Luxus series.

Artistic directors were Trude Carstens (active 1947-1965) and Rudolf Christmann (1966-1968). Carstens only made a limited number of each vase design.