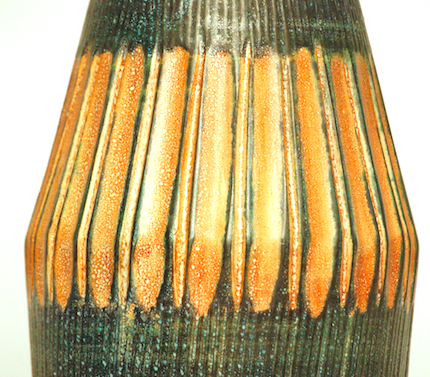 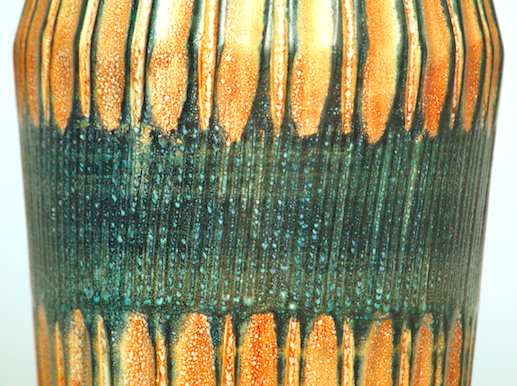 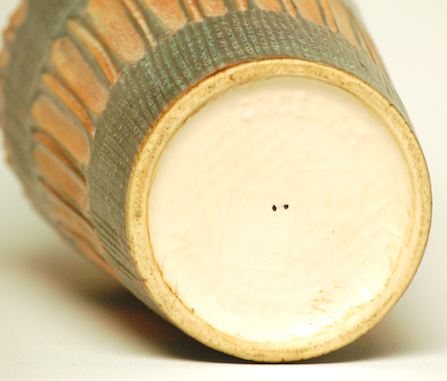 This tall blue green vase on a orange sand coloured background with 'slashing' accents has a tribal feel about it.

The Faïencerie Coceram mainly produced not only stunning vases like this one but also utensils such as ashtrays, beer jugs, pitchers and (wall) ornaments.

Coceram was founded in Quaregnon, Belgium by Hector and Maurice Collin in 1947 but only produced earthenware for a mere 13 years.