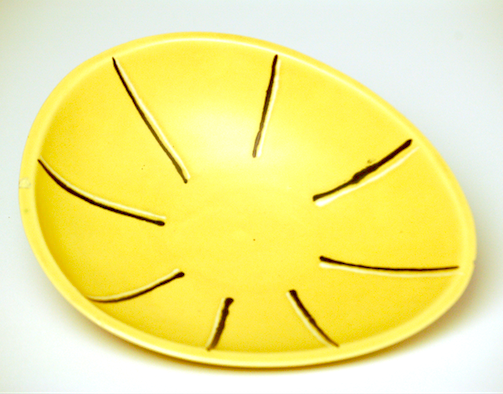 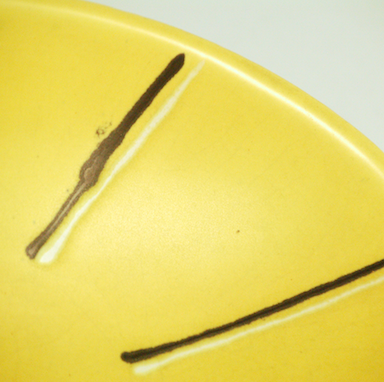 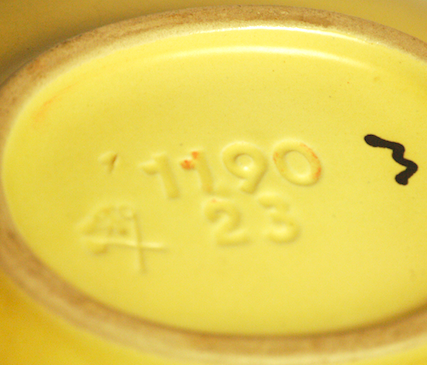 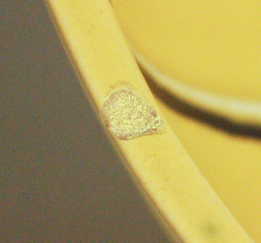 The egg shaped bowl has the signature smooth and matte Dümler und Breiden glaze. The soft yellow with applied white and black lines has an ethnic feel to it.

Many ceramic factories in Germany produced similar egg shaped bowl with simple geometric decoration. This bowl has been attributed to Liesel Spornhauer as it resembles later designs produced by Schloβberg Keramik when she left the Dümler & Breiden factory in 1959.

Because many designers worked for different manufacturers such as Ruschka, West Keramik, Scheurich, Jasba and others many product lines seem interchangable accross the different factories during the 1950's.

The bowl is stamped with the typical Dümler und Breiden monogram. This monogram was in use up until the late 1970's after which the factory switched to paper labels on the objects