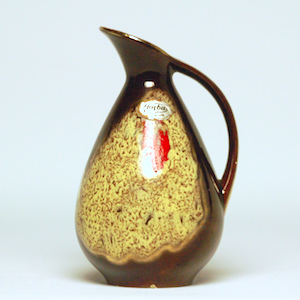 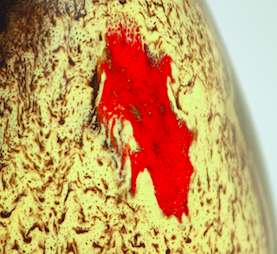 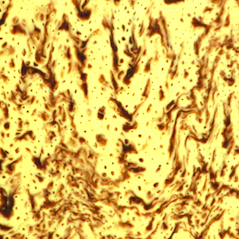 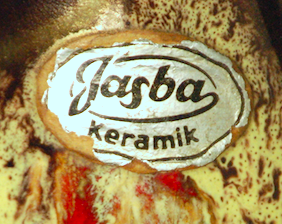 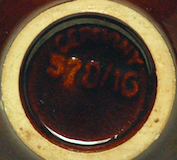 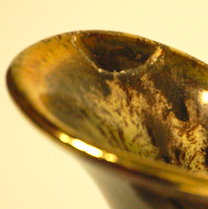 Jasba Keramik produced a wide variety of models and décors during a 45 year period (1926-1971), their Jaspatina being the most recognizable of the era (introduced in 1955).

The body of this small pitcher vase is covered in a deep brown covered with a thicker speckly yellow glaze and red highlights on both sides. There are gold plated finishes around the yellow glaze and on the handle and inside of the spout.

The original silver sticker is still on the vase which dates it between the 1950's and early 1960's.

Condition: Reglued chip on inside of spout