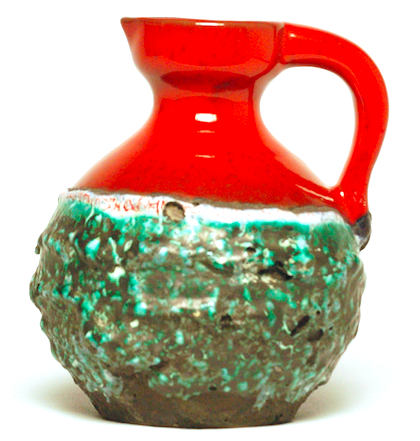 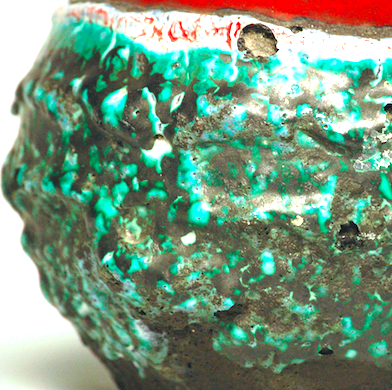 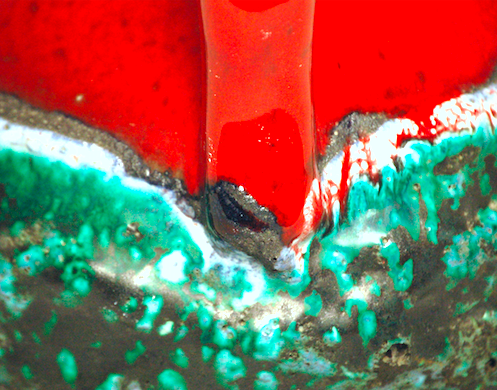 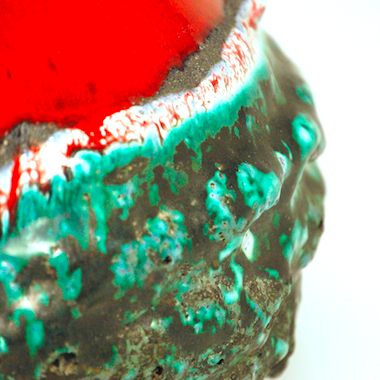 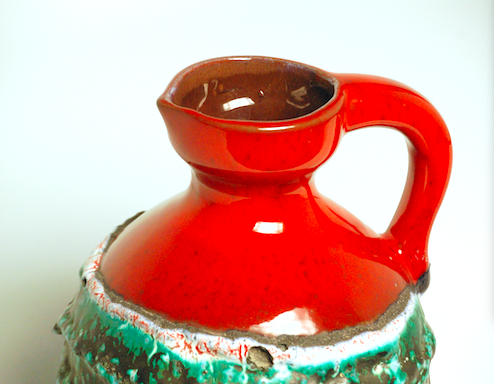 This stunning jug vase model 4301 from Marei Keramik is adorned with their 'Capri' glaze; so called after the famous 'Grotta Azzurra' (Blue Grotto) found on the Italian island of Capri off the Thyrrhenian Sea on the south side of the Gulf of Naples. The bluish glaze resembles the hue inside the sea cave which is flooded with a brilland blue or emerald light. The thick rich lava glaze below also might mirrors the large limestone and sandstone cliffs and rocks.

The cave was popularized among Romantics in the 19th century when German writer August Kopisch and Ernst Fries visited the cave and recorded their visit in Kopisch's 'Entdeckung der blauen Grotto auf der Insel Capri' in 1838. The book sparked an interest worldwide into the Blue Grotto and it became an iconic symbol for the island.

Before the mid 1960's Marei Keramik used predominantly white clay for their pieces. It is not unusual for Marei pieces to only be marked with a number or two numbers devided by a bar.