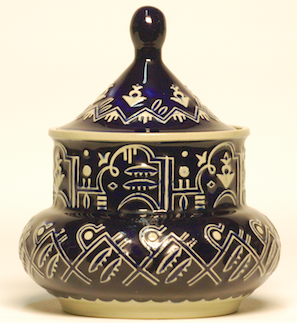 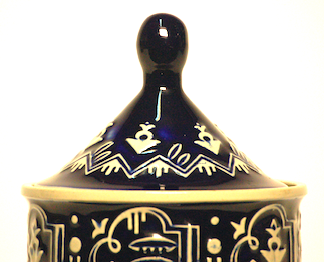 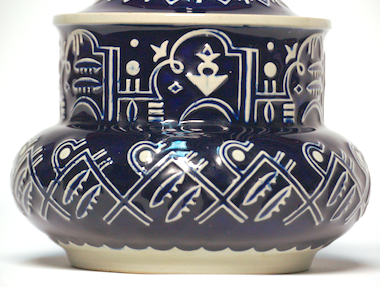 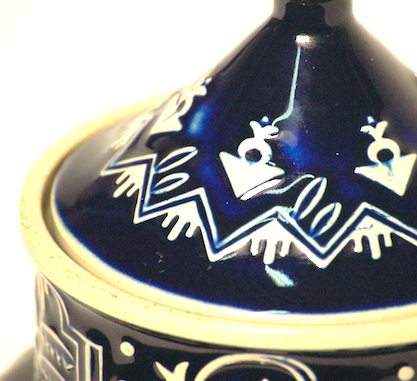 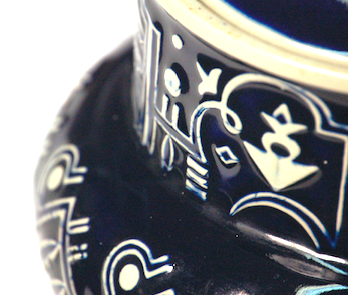 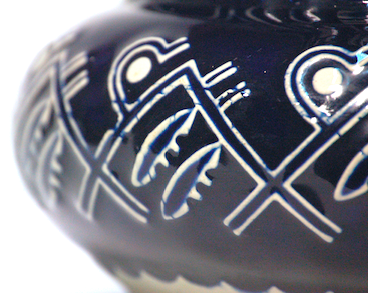 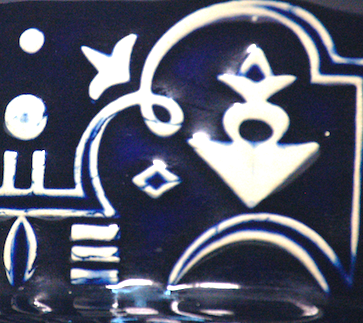 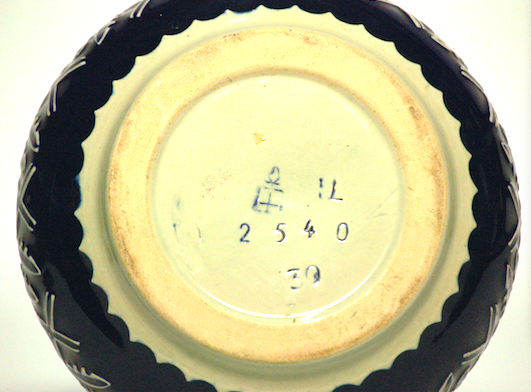 A cobalt blue majolica tobacco jar in pristine condition with geometric patterns that emits a tribal and exotic feeling. Stylized decoration adorn both lid and jar. The Marzi & Remy pottery mark on the base, a stylized potter's wheel, was in use until 1964.

This jar was also produced post 1964 with the superimposed M and R logo.