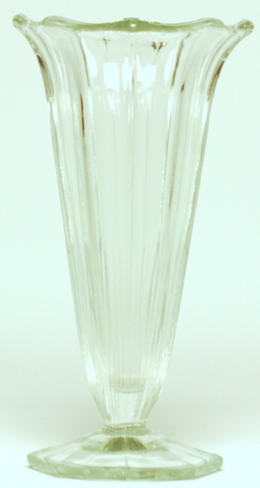 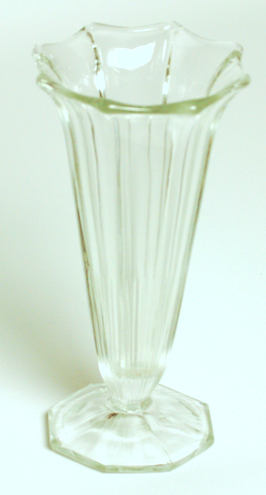 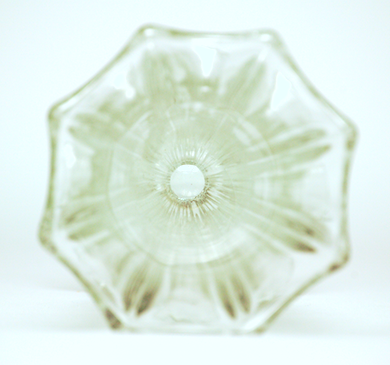 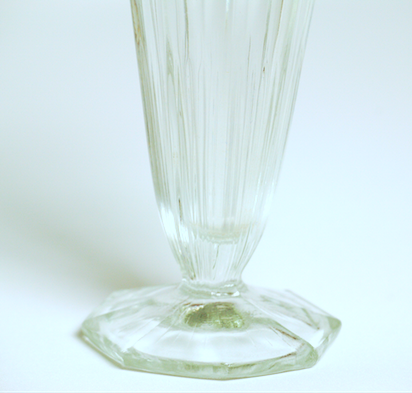 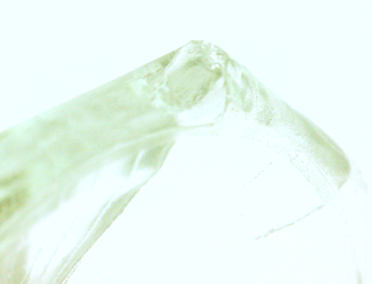 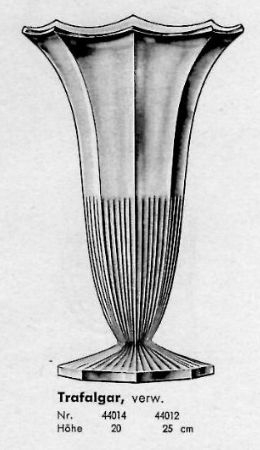 From 1934 onwards a dedicated move toward more Art Déco forms can be seen in the designs of the Walther glass factory. Contrary to what one might think, these designs were probably only available to overseas markets after 1946.

After WWII the East German factory was nationalized. Most pre-war designs were produced unaltered by the Musterbach VEB Sachsenglas factory. They continued to re-use the old press glass forms, altered or mended broken ones or made copies. The 'Trafalgar' vase appeared in catalogs as far as the 1950's and 60's. Most forms out of these catalogs were produced until at least 1965 and were also exported world wide. Most vases found today are from the post WWII period and are not from the 1930's. Their quality varies, probably due to the different types of (re-issued) moulds used.

Condition: Slight chip off base, hardly visible when standing.