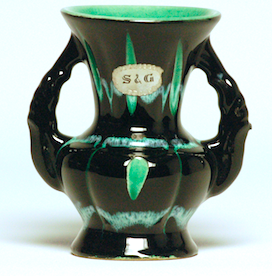 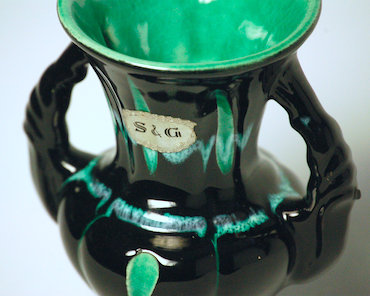 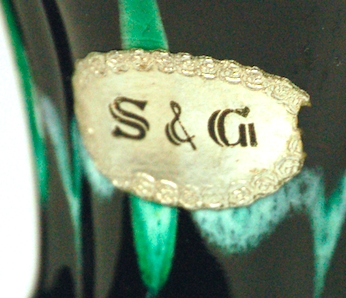 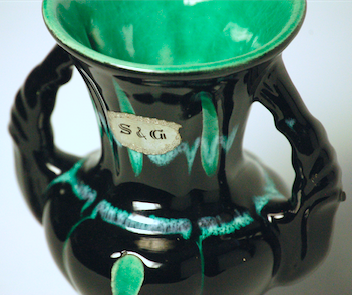 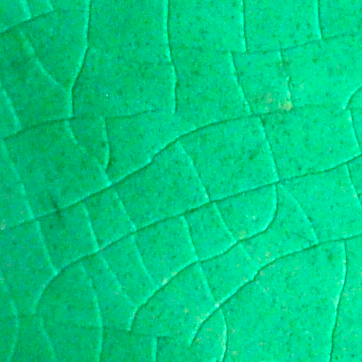 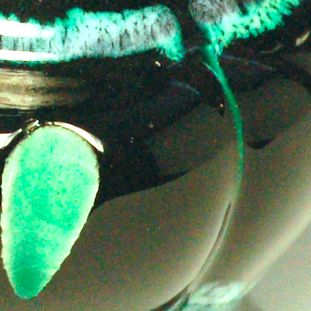 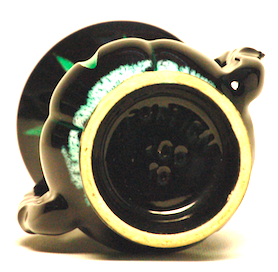 The classic shape of the vase is an echo from the pre-war period, but the colour scheme with its overall deep black glaze with mint and light green accents is much fresher. The Scheurich & Greulich factory was active until around 1955 and its activities were continued in Scheurich KG Keramikfabrik. The 'Foreign' mark on the bottom denotes that the model was intended for export and markets outside Germany. But the vase has its original S & G label, which would probably only have been added for the home market. Quite possibly this is a prime example of the decorative ceremics S&G produced after they expanded their product range from items sold at fairs to vases, figurines, tiles and other home furnishings.