A conic Scheurich design with coloured in sgraffito alternating strips of blue, red and yellow daps around a black diamond shaped pattern. This model 532 can be found in wide variety adorned with very different colours and designs. Scheurich adapted the decoration of their vases twice every year. This vase is covered with a subdued 'Schaumglasur' (the so-called 'fat lava'). The 532 model had been re-used in different forms.

The base is marked with 'Foreign' instead of Made in Germany or Made in W. Germany. It was produced for the no-domestic market although some vases did end up in Germany. The décor is attributed to Heinz Siery. 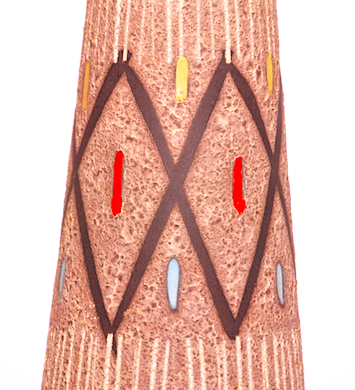 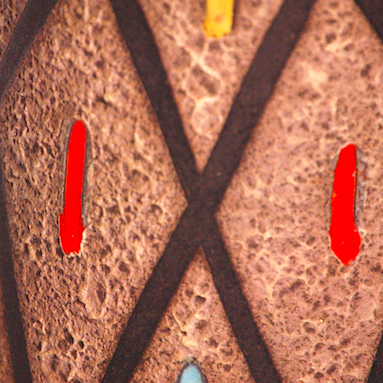 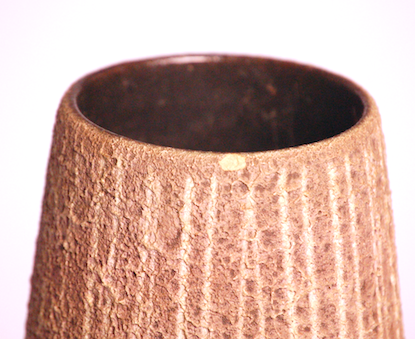 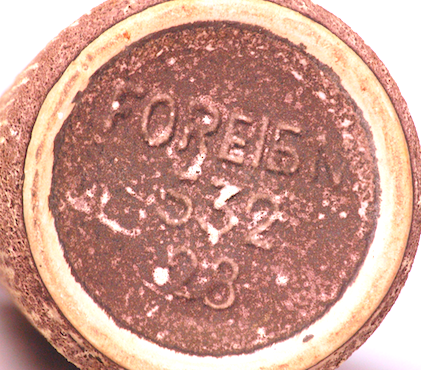