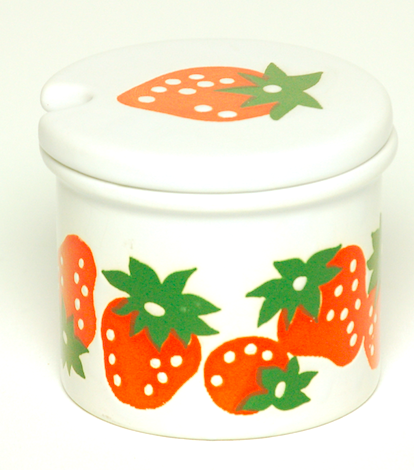 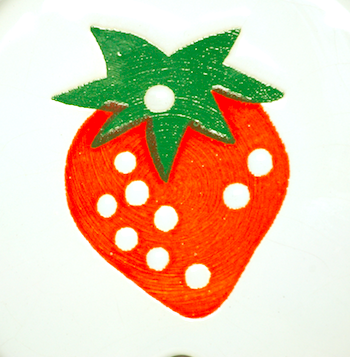 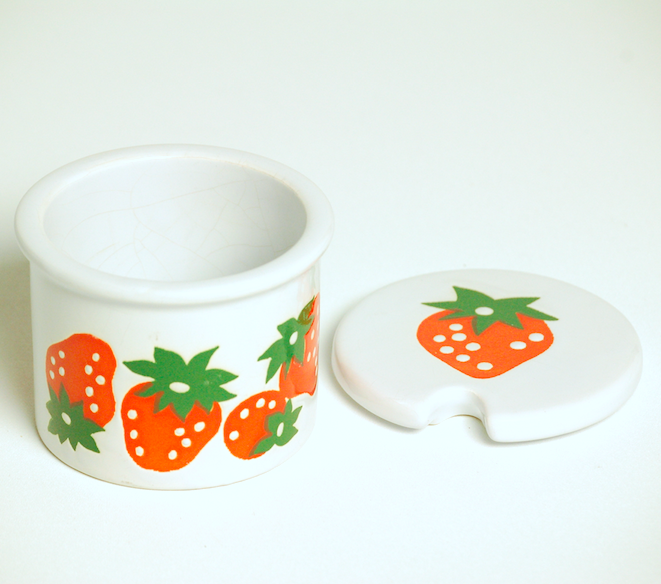 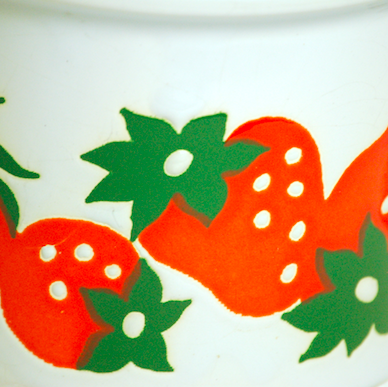 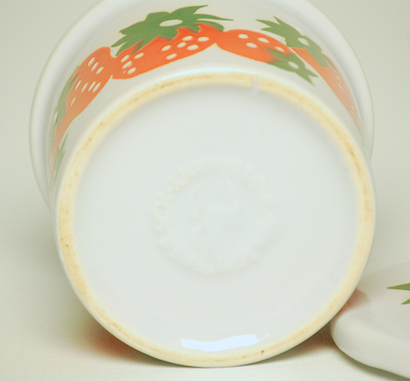 This jar with strawberriy décor comes from a range of jam jars made by German ceramic factory Waechtersbach. Jars were available with other motifs such as Blackberry, Apple, Plums, Oranges and a Ladybird. Backgrounds were available in white, red and brown.

They are remeniscent of the Pomona range of jars made by Finish ceramic producers Arabia (from 1965 - 1975).

Waechtersbach not only made tablewear but also produced a range of stylish vases.

Condition: Good vintage condition, hairline cracks on inside of jar.