A stunning, stylish handle vase with a blue-green background and red medallion like applications.

As with its VEB Strehla counterpart most decorations of the former East German productions are a bit toned down but of very high quality.

VEB Haldensleben was the former Carstens Uffrecht ceramics factory which continued production until the reunification of Germany in 1990. After that it rejoined with its Western half under the Carstens Keramic Rheinsberg banner. 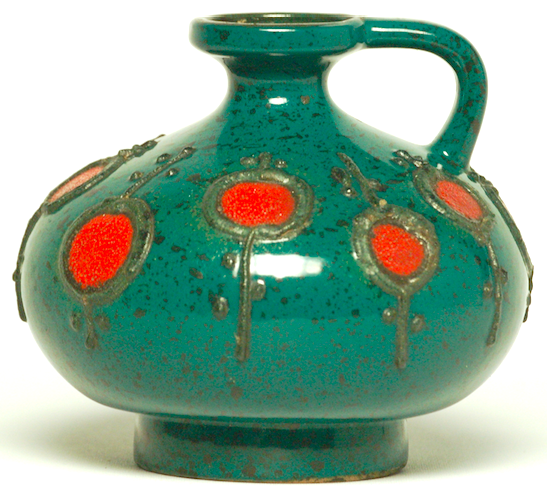 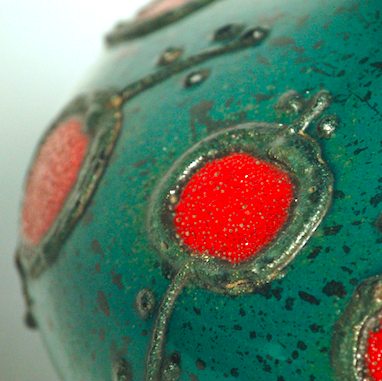 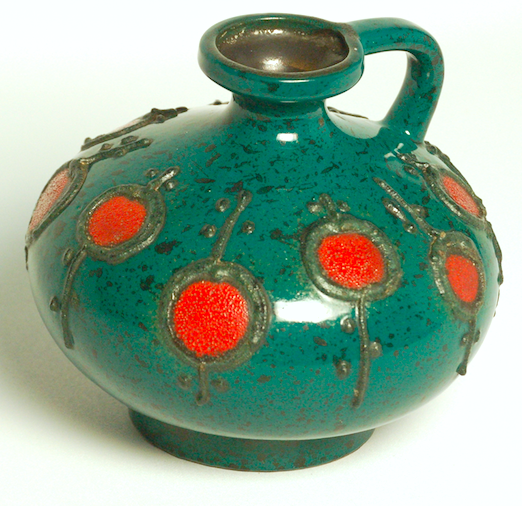 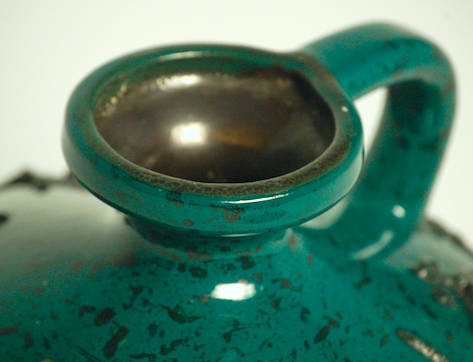 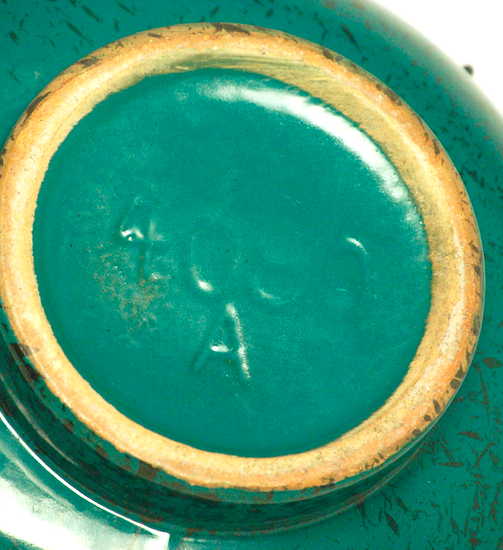