This small vase with covered in the so-called crusty lava glaze (Dutch: schuimglazuur) was the hallmark of Dutch ceramic artist Marius Vanwoerden, co-founder of Vest Keramiek. Its production focussed on vases for flower arrangement for florists and domestic use. The geometrical shapes are typical of the 1960's and 1970's period. Vanwoerden is considered the Dutch protagonist of the decorative glaze in vogue in Europe which boomed in that era.

This particular vase has a smooth yellow ochre colour inside with high gloss glaze. It is unsigned but was featured in the Vest Keramiek catalog on page 10 and is marked as model M10. 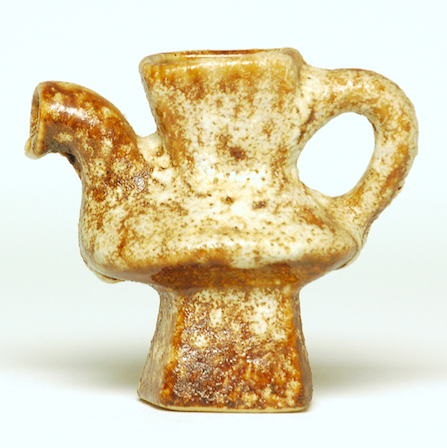 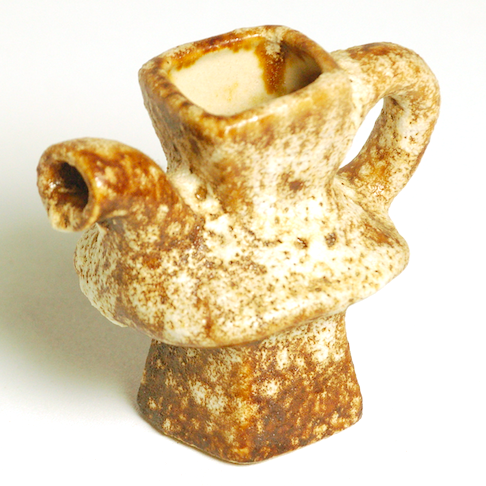 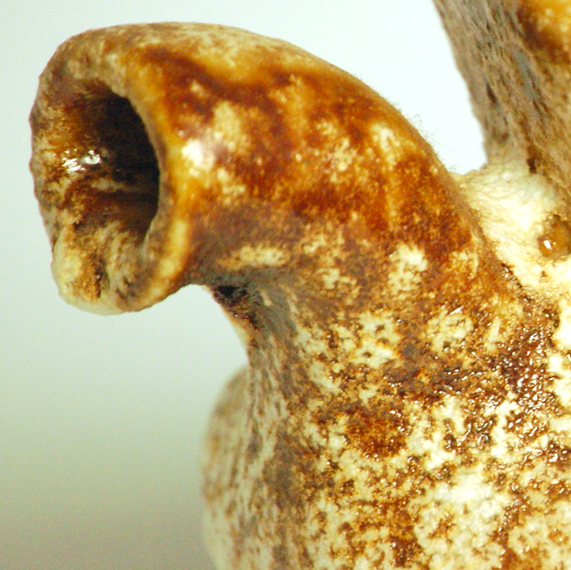 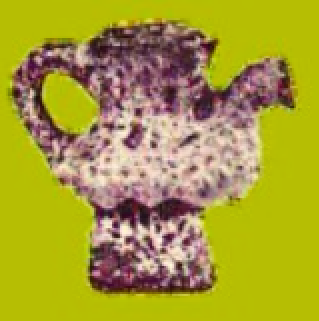 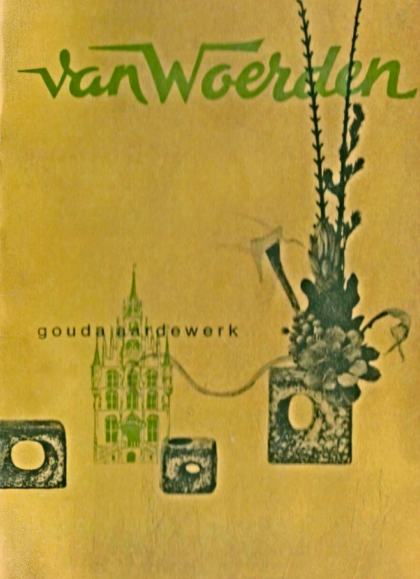 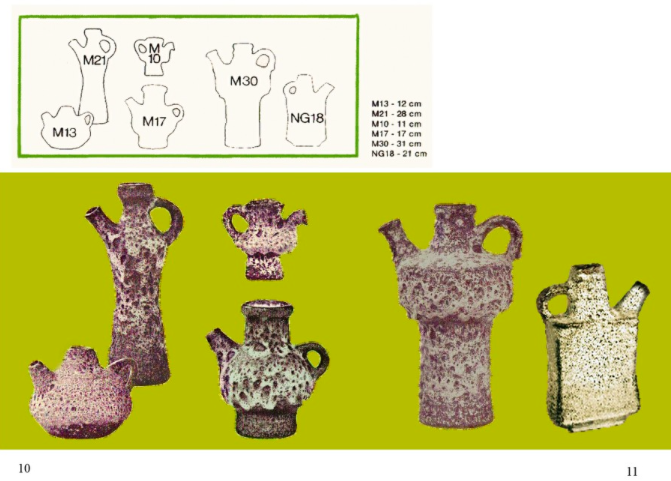 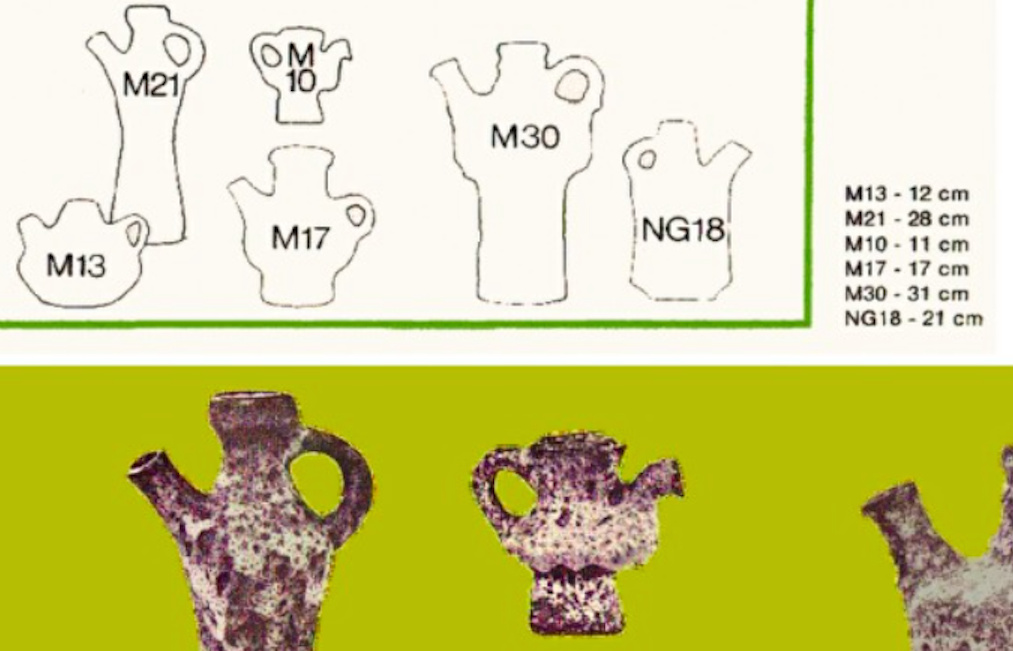