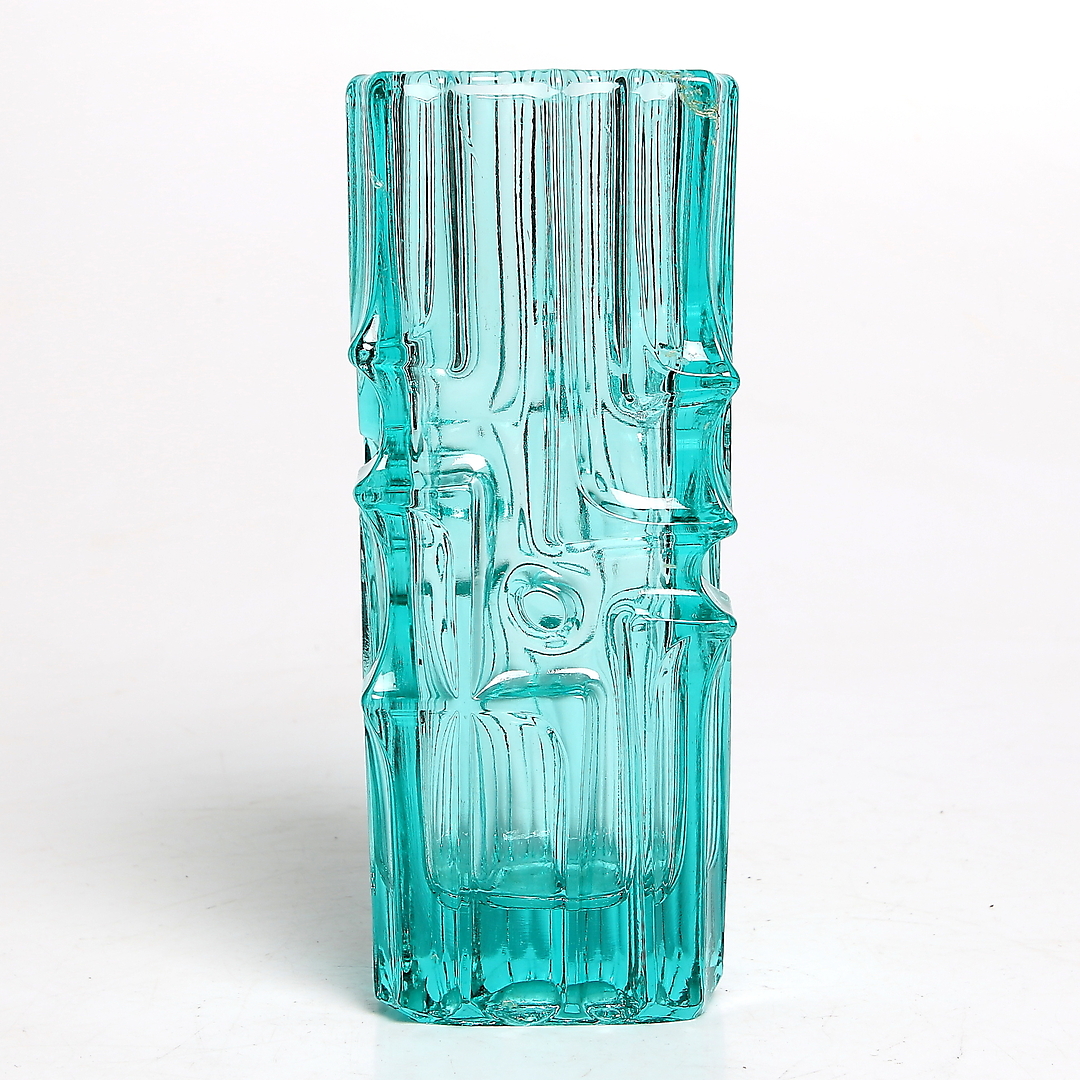 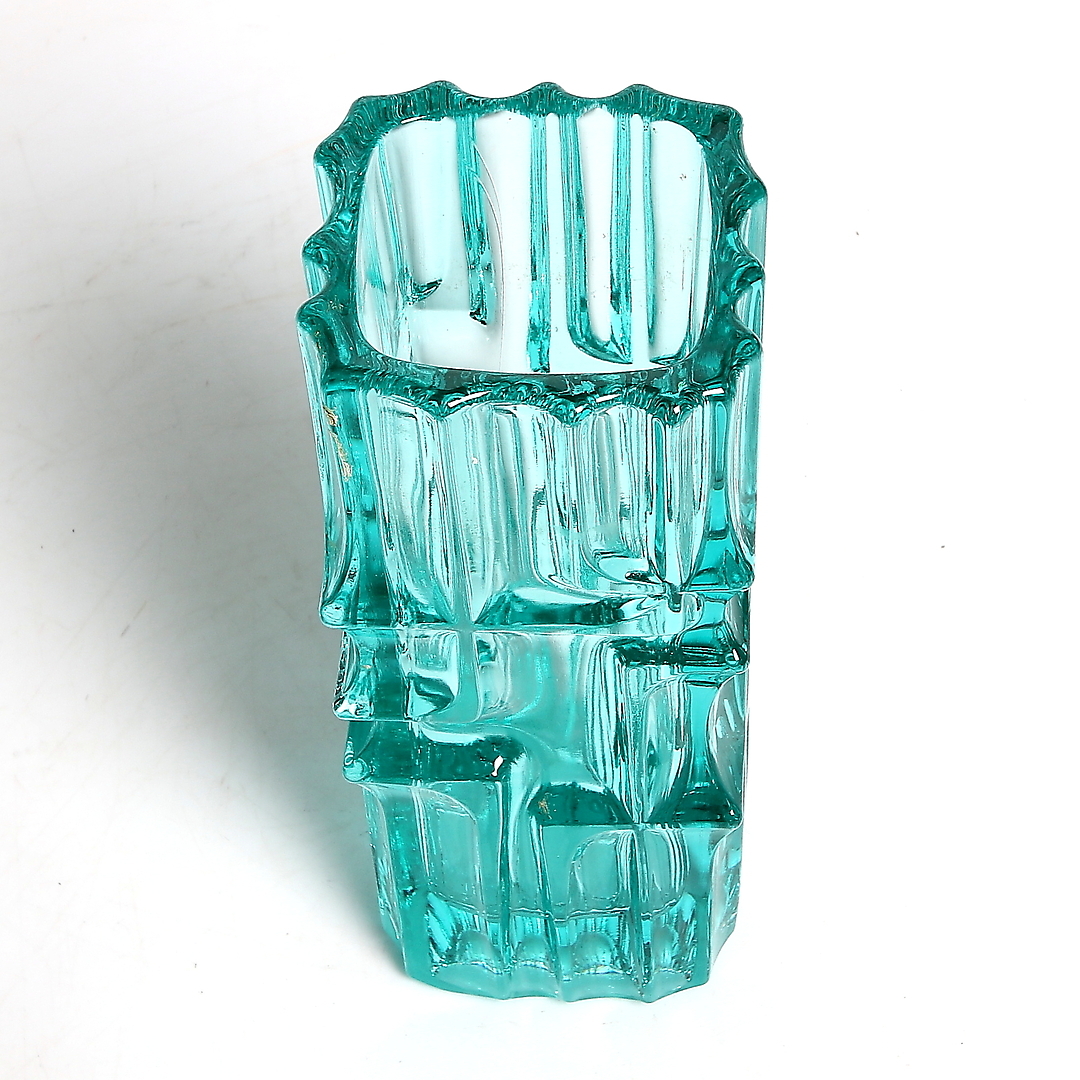 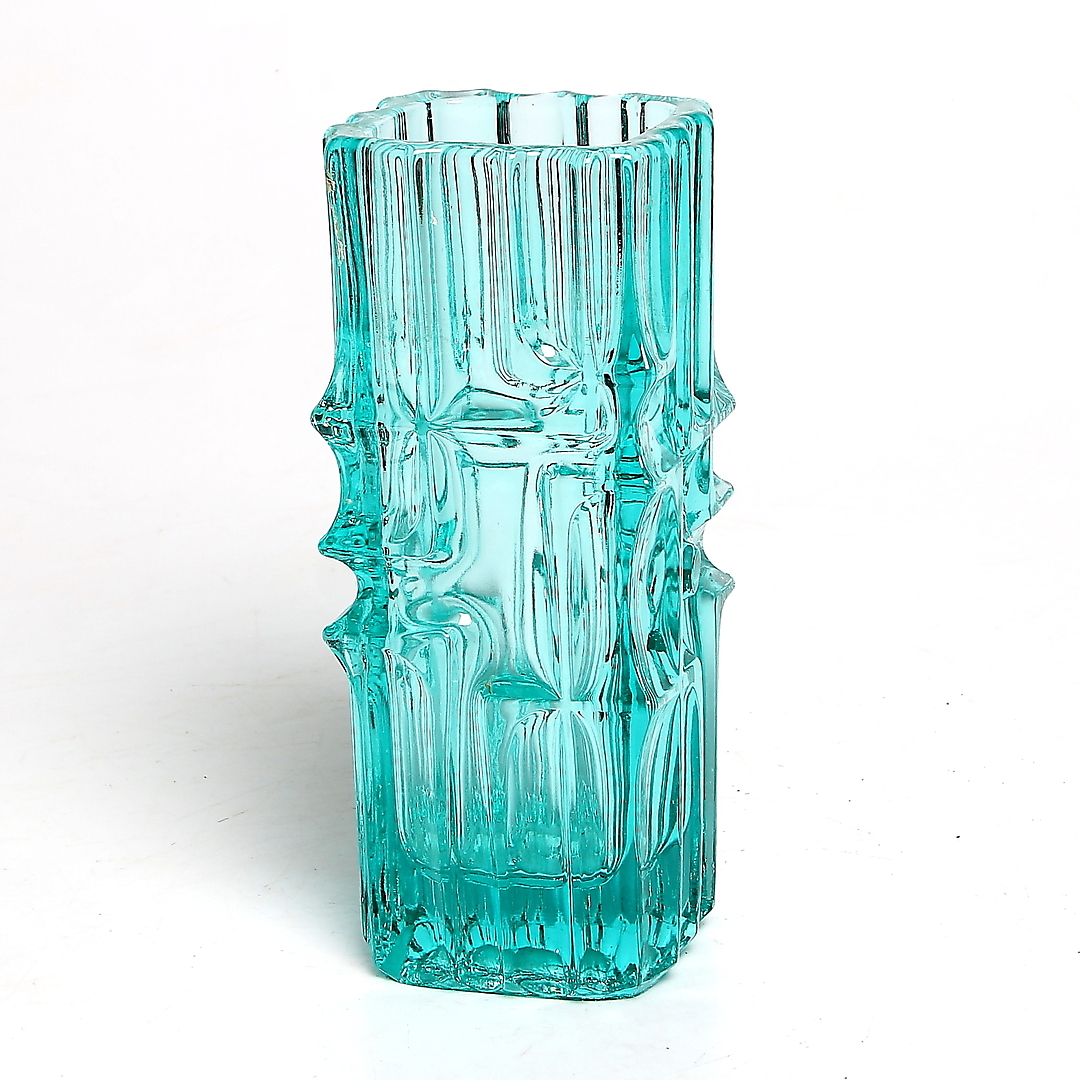 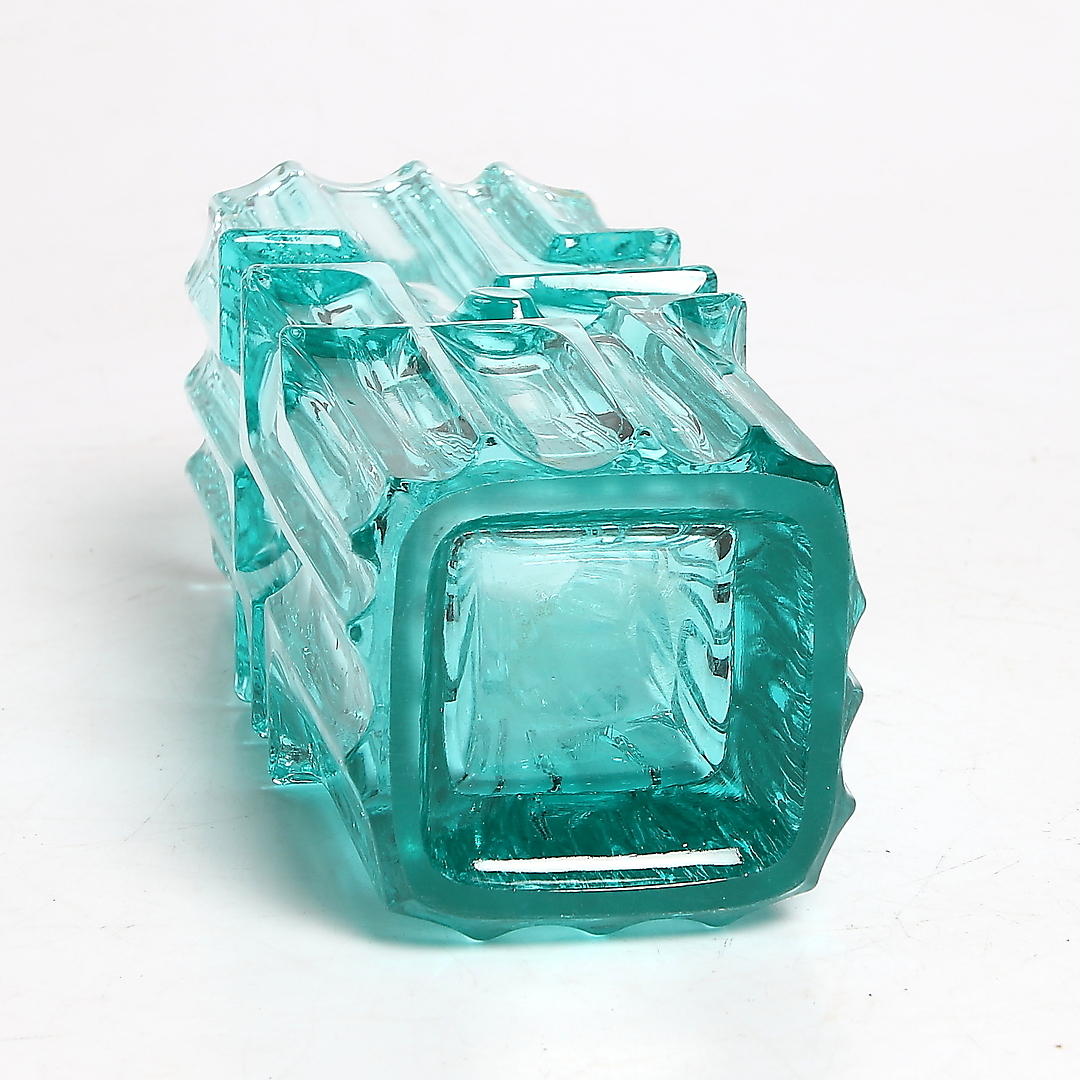 This particular turquoise vase with its balanced geometric shapes and distinctive texture is model nº 617 and was produced in 1968 by the Rosice glassworks (part of the Sklo Union group by 1965).

Designer Vladislav Urban attended the College of Arts and Crafts in Prague (grad. 1962) where he studied together with František Vizner. Urban collaborated with Vizner and Rodulf Jurnikl while at the Rudolfova Hut glassworks. This trio gave an unmistakable appearance to Czechoslovakian pressed glass in the early sixties. Many of his designs were made by Sklo Union, Hermanova Hut and Libochovice glass manufacturers.

Several pieces can be found in glass collections all over the world including a.o. the Museum of Contemporary Art (New York), Design Centre (London) and the Museum for Applied Art (Prague).

The Rosice glass factory was founded in 1920 and ceased production several times (1921-28, 1931-34). In 1965 it became part of the Sklo Union group which produced several designs by Urban and exciting -now iconic- designs by Jiři Brabec, Rudolf Jurnikl, Rudolf Schrotter and František Vizner.