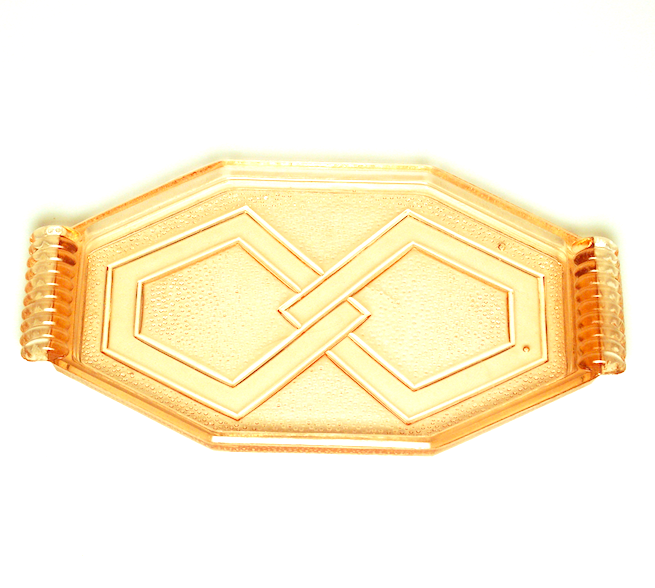 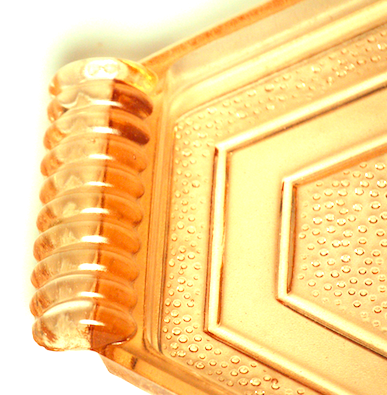 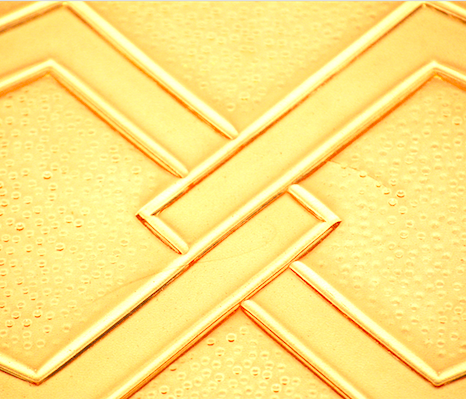 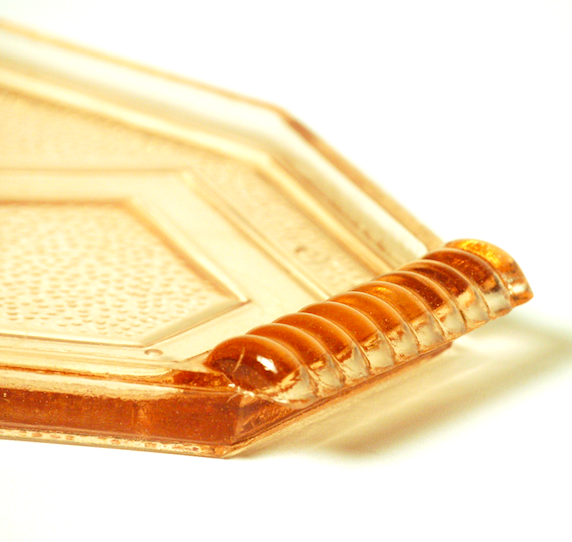 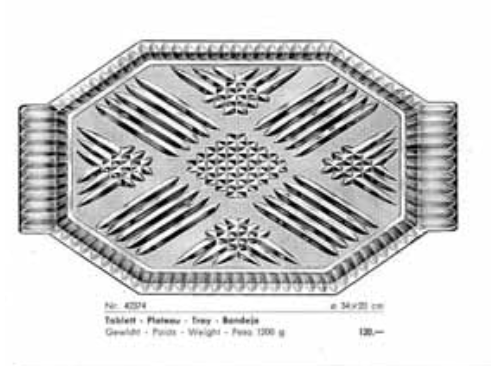 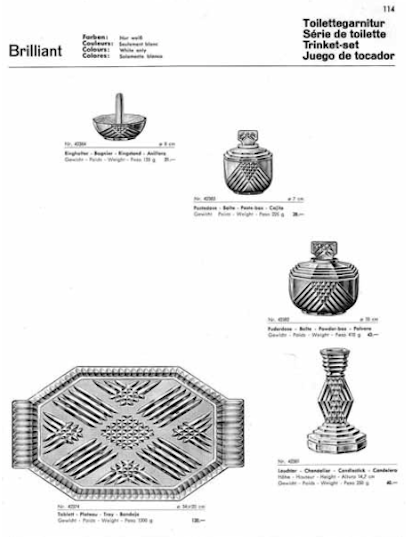 This rosaline serving or trinket tray is attributed to German glass manufacturers August Walther & Sohn (est. 1865). From 1932 until a fusion in 1937 they traded under the name of Sächsische Glasfabrik August Walther & Söhne A.G.

From 1934 onwards a dedicated move toward more Art Déco forms can be seen in the designs of the Walther glass factory. This particular serving or trinket tray was used in combination with a decanter and matching glasses or items for the dressing table. Similar angular shaped designs with the typical handles (flat on the under side) can be found in the Walther catalog of 1936 (page 114) adorned with the 'Brilliant' pattern (nº42574). Trinket trays like this one were available in a vast array of colours.

This kind of table decoration became very fashionable during the depression era in the United States together with the so-called 'Flower Frog'-bowls. Contrary to what one might think, these designs were probably only available to overseas markets after 1946.

After WWII the East German factory was nationalized. Most pre-war designs were produced unaltered by the Musterbach VEB Sachsenglas factory. They continued to re-use the old press glass forms, altered or mended broken ones or made copies. Most forms out of the pre-war catalogs were produced until at least 1965 and were also exported world wide.

Most trays today are from the post WWII period and are not from the 1930's. Their quality varies, probably due to the different types of (re-issued) moulds used.