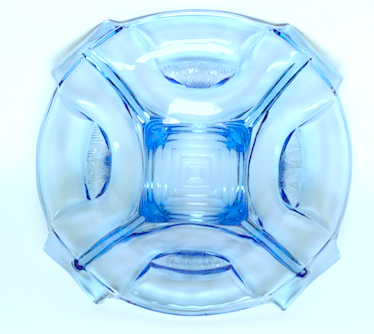 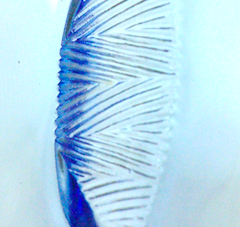 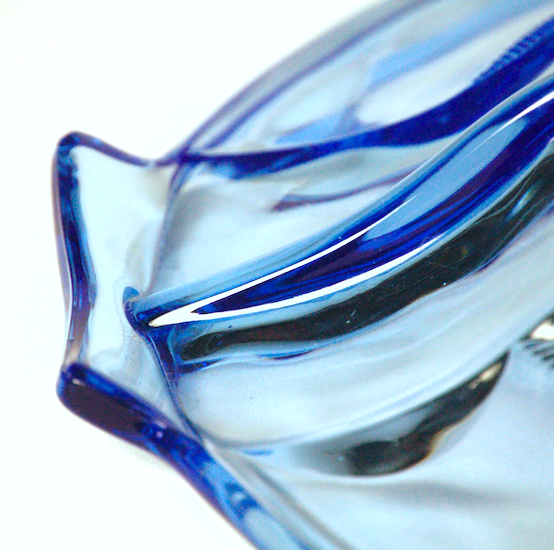 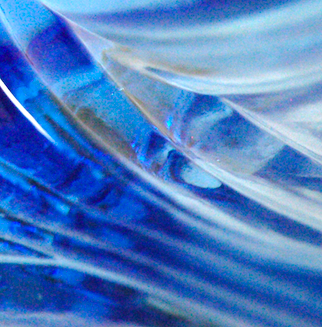 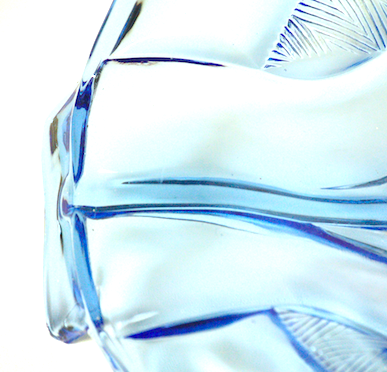 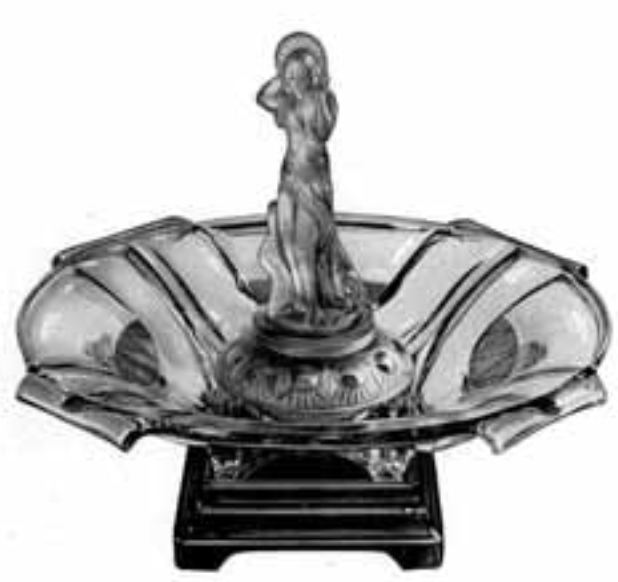 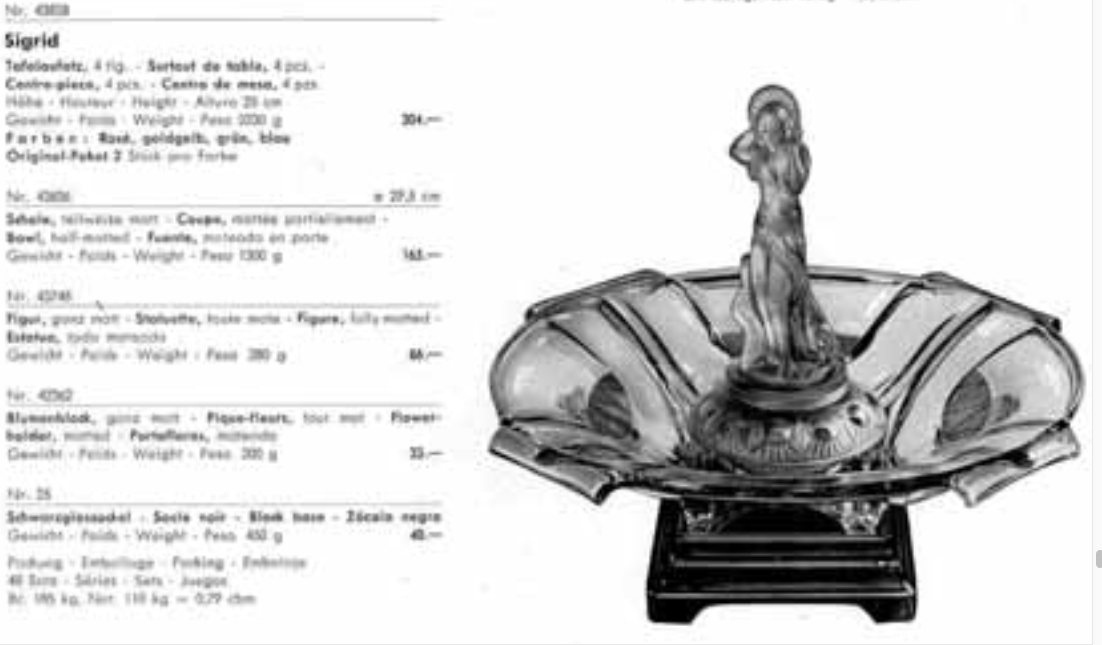 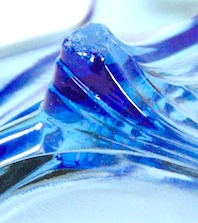 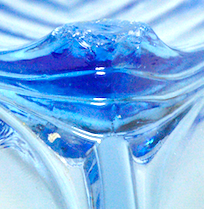 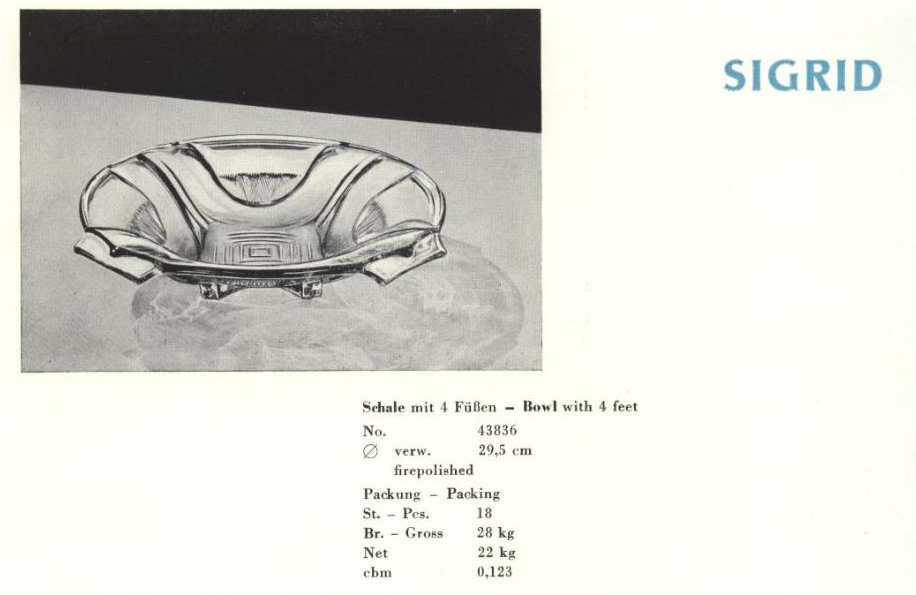 From 1934 onwards a dedicated move toward more Art Déco forms can be seen in the designs of the Walther glass factory. This particular dish served as a table centrepiece and was often sold together with a glass flower arranger and frosted figurine. It was available in a vast array of colours, inluding this vibrant blue variant 'Azurblau'. On page 102 of the 1936 the dish is shown on a black pedestal cobined with figurine 'Arabella'.

This kind of table decoration became very fashionable during the depression era in the United States and were known as 'Flower Frogs'. Contrary to what one might think, these designs were probably only available to overseas markets after 1946.

After WWII the East German factory was nationalized. Most pre-war designs were produced unaltered by the Musterbach VEB Sachsenglas factory. They continued to re-use the old press glass forms, altered or mended broken ones or made copies. The 'Sigrid' dish appeared on page 40 of their 1953 catalog, page 69 of the 1954 version (model nº 43836) and again in the 1965 version. Most forms out of these catalogs were produced until at least 1965 and were also exported world wide. Most dishes found today are from the post WWII period and are not from the 1930's. Their quality varies, probably due to the different types of (re-issued) moulds used.

It has slights chips off the base but this is hardly visible when placed on a level surface.

Condition: Slight chips off base.